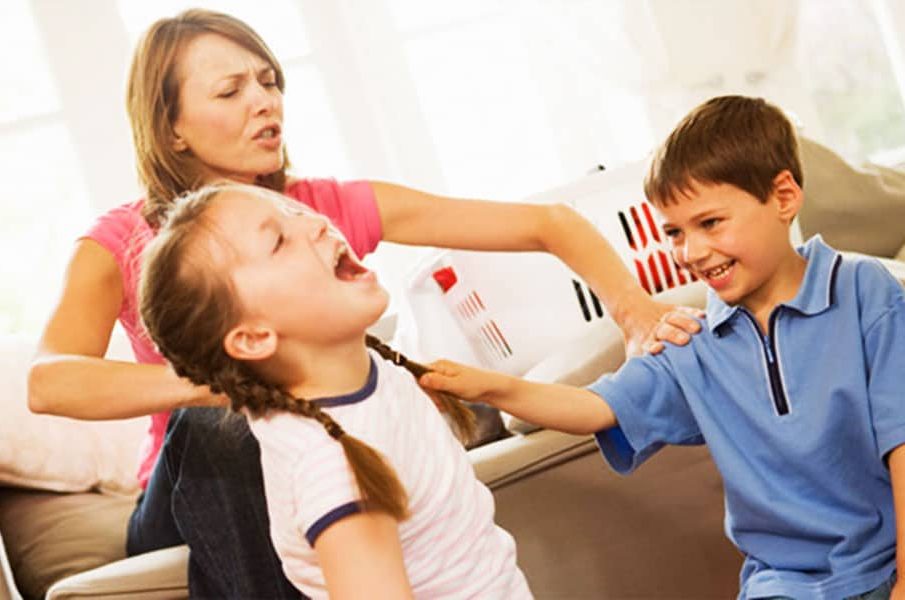 Arguments over silly topics or continuous embarrassments of each other, no other people fight more frequently than the siblings. They somehow find a reason to pull each other’s legs. The fight might go to an extent many a time that parents have to interfere and solve the issue. No matter how brutal it may look to the outsiders, the family always knows that this is just a way of expressing their unending love for each other. These cute and silly fights actually make the bonding stronger.

Here are some of the most aggravating reasons for fighting among the siblings:

Fight for TV and Remote

This happens at least once in a day or four times in a week that the siblings fight for the TV and remote. Not only the toddlers but also teenagers and young adult siblings can be seen fighting for their different choice of TV programs. Even if they settle down at the same TV program, they will fight for owning the remote. This is just a #kahanighargharki.

Snacks and Last piece of Pizza

From the sweets in the refrigerator to the last piece of Pizza, if there is a cold war going on in the home, then it may be due to the snacks. Most of the time, one even complains to parents about how the snacks are getting over within a day. If mom makes a special dish, then there can be a fight right on the dining table! Pickles, dry fruits, and cupcakes are some of the real culprits of such fights.

Embarrassments in front of friends

It mostly occurs when one of them calls the other with a peculiar nickname or tells a secret of childhood time to their friends. This becomes a great reason to fight and may sometimes trigger acts of revenge.

When they take clothes without informing

If a pair of clothes is not found in the wardrobe, then it automatically gets proved that the other has taken it. This is one of an unforgivable crime that ends up with a big fight. Some even try to embarrass their sister or brother by publicly announcing about the borrowed clothes. This is even worse and ignites the fire of fighting.

It is highly offensive when one writes something awkward about others on their social network site. If the brother or sister has to take revenge on a fight in the past, this way they show their hidden anger. Posting a weird picture on their wall, tag them in a funny meme, or writing something funny and embarrassing are the ways to “let the fight begin”.

Fights about gifts on special days

On RakshaBandhan, birthday, Brother’s Day, or Sister’s day, if there is no gift, then it is a big matter to start the wrestle. No matter if you are out of the station, or at home make sure that your gift reaches on time. To avoid any such situations due to a delay in gift delivery, browse the website of MyFlowerApp.Com, and send cake, chocolates, greetings, flowers and gifts to your dearest brother and sister.

Ocean Adventures, the most complete collection of tours in Punta Cana